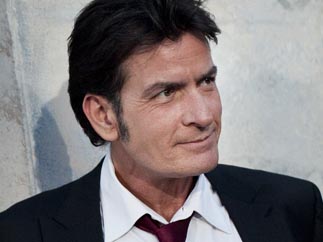 The actor and former star of “Two and a Half Men” told NBC’s Matt Lauer that he didn’t really know what happened this spring when he was fired from the show and began a manic round of media appearances talking about his “tiger blood” and “winning.” Lauer’s interview will air on the “Today” show on Friday, and NBC released excerpts on Wednesday.

“It was one of those things where the planets were aligned, perfectly or imperfectly. I said some stuff and then it caught such traction globally and instantly that I couldn’t really put out the fire,” Sheen said. “I had to keep fueling it.”

Sheen said the experience “was like being shot out of a cannon into another cannon and then being just shot out of that one. It was like from one moment to the next I didn’t know what was going to happen. It was pretty exciting.”

The actor said he was sober but couldn’t say the last time he took drugs or drank. He said he didn’t believe in keeping track of the sober time because “if you’re walking around hanging on to your time, it’s only a matter of time before it goes.”

Now he says he’s reconnecting with his children - Cassandra with former girlfriend Paula Profit, Sam and Lola with actress Denise Richards, and twins, Bob and Max, with ex-wife Brooke Mueller - and appreciating the quiet things in life.

“That’s where the life is, you know, it’s in those quiet moments,” he said. “It’s not the giant TV deal or the big party or the award or whatever; it’s the memory of your child’s smile at the end of the day that sort of brings that one lonesome tear.”