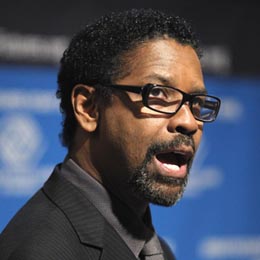 ATLANTA - Denzel Washington still applies the same fundamentals in his acting career that he learned when he was a third grader in the Boys & Girls Club of America.

Now, the Oscar-winning actor wants to show how the club has impacted his life along with 19 other celebrities and entertainers, who were once members of the club.

Washington took part in the debut of the club’s campaign public service announcement on Wednesday called “Great Future Start Here.” The PSA, which was directed by Ron Howard, looks to draw awareness to the high school dropout rate, childhood obesity and youth violence. It also features Jennifer Lopez, Shaquille O’Neal, Martin Sheen and Cuba Gooding Jr. The music for the PSA includes Beyonce’s single “I Was Here” from her latest album, “4.”