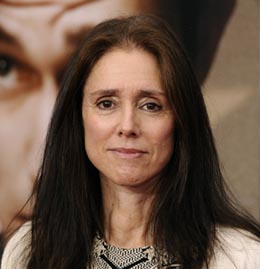 NEW YORK - Now that the worst part of “Spider-Man’’ is behind her, Julie Taymor says she’s proud of what she accomplished with the Broadway musical.

“You’re going to take flack for it whenever there’s a risk taken on such a wide-open scale,’’ she said.

Still, the director, who won two Tony Awards for “The Lion King,’’ feels the media treated her poorly. “There were lots of misconceptions’’ in news reports about the show and safety concerns stemming from it.

“Spider-Man: Turn Off the Dark’’ was plagued by accidents and delayed premieres before finally opening in June. By that time, lead producer Michael Cohl ousted Taymor and brought in another director.

Many members of the creative team came to Taymor’s defense, including lead actor, Reeve Carney, and U2’s Bono, who called Taymor a “card-carrying genius.’’

Taymor says that the show didn’t change much after she left and that she’s no longer bitter. The $70 million extravaganza does brisk business, grossing more that $1 million per week.

“I’m very proud of what I’ve done, and I’m proud of the people inside that show,’’ Taymor said.