Atkinson back for another round as Johnny English

Atkinson back for another round as Johnny English 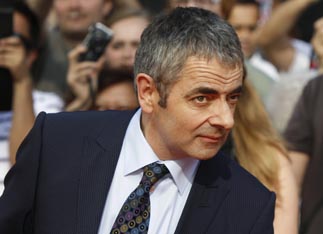 London - Rowan Atkinson is back as bumbling spy Johnny English in the sequel to his 2003 hit, but despite work on comic classics “Not the Nine O’Clock News” and “Blackadder,” the comedian does not find filming much fun.

The 56-year-old, whose television series “Mr. Bean” also made it to the big screen, was on the red carpet in London at the weekend to promote spy spoof “Johnny English Reborn,” which hits British theatres on Friday.

“I never find filming particularly fun to be honest,” he told Reuters at the event.

“There isn’t a tremendous amount of laughter going on when I’m filming because I tend to take it all far too seriously.”

In Johnny English Reborn, “the improbable secret agent” is called back into action when his superiors learn the Chinese premier’s life is in danger.

Director Oliver Parker said that hit spy series like the Bourne thrillers and the arrival of Daniel Craig as the new James Bond in 2006 had provided more source material for the English character.