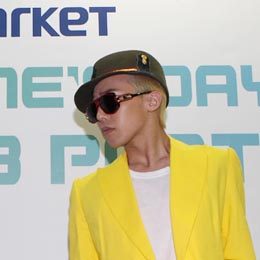 Kwon, known for his dance moves and flamboyant, hip-hop inspired fashion, claimed to have consumed marijuana accidentally after taking a few puffs of what he thought was a cigarette at a party in Japan in May.

Only trace amounts of the drug were found in his system and it was his first drug-related offense. Subsequently, prosecutors in Korea decided not to charge him.

“We cannot completely rule out similar mishaps occurring again in future and it is a risk factor that could directly affect our finances and management,” YG said in a filing late on Tuesday.

YG is now seeking to raise as much as 35.9 billion won ($31.3 million), 10 percent less than the amount it was seeking initially, with shares expected to begin trading in late November.