Beginning today, the Korea JoongAng Daily will run the “Glimpse of Korean Culture” series once or twice a week to briefly introduce Korean culture, ranging from ceremonial occasions with a long-running history to new customs. 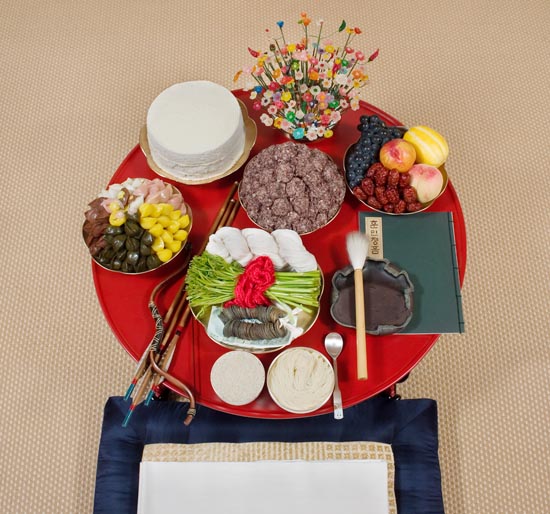 Dol has been celebrated by both commoners and royal families since ancient times because a large number of babies didn’t reach their first birthdays due to lack of nutrition and medication. For this reason, people used to celebrate the 100th day after a child’s birth and call it baekil. Baekil is still commemorated but dol is considered more important now.

Many parents and babies wear Western dresses and tuxedos on the occasion, but hanbok, or traditional Korean dress, with five different colors, often called obangsaek, is an official outfit for the first birthday party. The five colors include yellow, blue, white, red and black and the colors are believed to protect the baby from evil spirits.

In order to celebrate dol, parents prepare a party and food.

The highlight of the dol party is doljabi, where a baby is seated in front of a table that is decorated with various objects. The objects include rice, money and a pencil. Each object has its meaning. For example, if a baby picks up money, it is considered a sign that the baby would become a rich person in the future. If a baby picks up a pencil, tradition has it that the baby would grow into a scholar.

As time goes by, however, diverse objects with modern meanings have been added to the table such as a golf club, microphone and stethoscope.

When people are invited to a dol party, they often bring cash, baby necessities or gold rings as gifts.