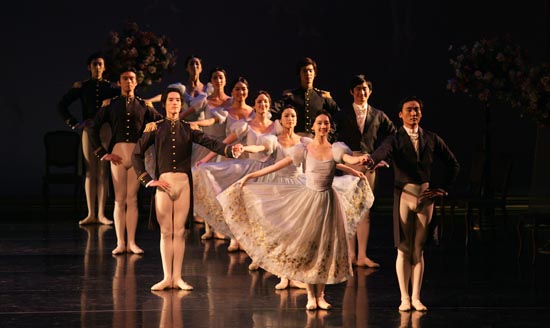 Tomorrow: Celebrated Italian baroque ensemble Europa Galante, led by baroque violinist Fabio Biondi, returns with British tenor Ian Bostridge. Together, they offer a program exploring the music of three superstar tenors of the 18th century who dominated the European opera scene: Borosini, Fabri and Beard. The arias dedicated to these singers will be presented alongside instrumental overtures and suites performed by Europa Galante.

Sunday: American jazz musician, trumpeter and composer Chris Botti will hold his third concert in Korea. He will perform with guitarist Mark Whitfield and drummer Billy Kilson, along with keyboard player Andrew Ezrin and violinist Caroline Campbell. Also joining him is vocalist Lisa Fischer, who has worked with such artists as Tina Turner and The Rolling Stones.

Botti is known for complimenting Korean fans as one of his top five audiences for their enthusiasm and passion.

Sunday: After a run of consecutive sold-out performances with his Beethoven and Schubert projects, cellist Yang Sung-won has formed a new piano trio named Trio Owon with long-time colleagues violinist Olivier Charlier and pianist Emmanuel Strosser. In their first concert as Trio Owon, they will present piano trio pieces by Mendelssohn, Schumann and Brahms.

After Kim, the leader of local jazz band Pudding, put out his solo project, Pudditorium, he broadened his artistic realms as film music director, producer, artist and even performance director. The three-part concert series follows the release of his second album.

THE GREAT 3B SERIES - BRAHMS

Conductor Lim Hun-jung leads the Bucheon Philharmonic. The program includes Piano Concerto No. 1 in D minor and Symphony No. 4 in E minor

Jablonski won the Edison Award with the Royal Philharmonic Orchestra and has worked with the Deutsches Symphonie-Orchester Berlin; the Philharmonia and Cleveland orchestras; and the Kirov, NHK Symphony and Czech Philharmonic orchestras.

Nov. 11: The Moscow Philharmonic Orchestra, regarded as one of the world’s finest symphonic ensembles, is set to perform a concert in Korea.

Nov. 23 to 24: Jose Carreras returns to Korea for a command performance.

Carreras gained fame as one of The Three Tenors along with Placido Domingo and Luciano Pavarotti in a series of mass concerts that began in 1990 and continued until 2003. He has also performed and recorded with artists from outside the classical music world, such as Diana Ross, Peter Maffay, Sarah Brightman and Giorgia Fumanti.

Dec. 10 to 11: Lee Seung-gi, who is known to perform only once a year, presents this year’s concert, the “Concert of Hope.”

Lee, a pop icon and much more, is back in the music business. His latest single, “Age of Love,” which he wrote and composed, topped the charts upon its release, before the release of his fifth album “Tonight.”

Dec. 24 to 25: The four-member boy band 2AM is hosting a Christmas concert in December for its fans.

2AM is one of the two subgroups that branched out from the eleven-member boy band One Day; the other is 2PM.

The story of “Onegin” has been performed by major companies all over the world, including the Paris Opera Ballet, Royal Ballet, American Ballet Theater and National Ballet of China. The drama in the production brings out the emotions of the dancers while showing their polished technique and intricate partnering.