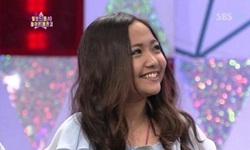 NEW YORK - Filipina singer and “Glee’’ star Charice says she and her relatives are “very sad’’ after the killing of her father. She calls it a “terrible tragedy.’’

Forty-year-old Ricky Pempengco was fatally stabbed late Monday near the Philippines’ capital, Manila, after a brush with a drunken man in a grocery store.

Charice said Tuesday in a statement she wants to thank her fans around the world “for their support and love at this very difficult time.’’

The 19-year-old starred on “Glee’’ last season and was touring in Southeast Asia. She cancelled the rest of the tour dates and has flown to the Philippines to be with her family.

Charice and her father had been estranged for several years. But she wanted to reconcile. Police are searching for her father’s killer.