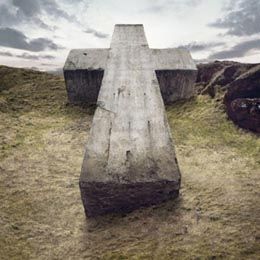 Justice earned a Grammy nomination for best electronic/dance album for its 2007 debut, “Cross.” They should earn another one for their new effort, but it could be for another category: Best alternative album.

“Audio, Video, Disco” is an 11-track set that is groovy, psychedelic and rock-filled - a departure for the French-based duo.

“Horsepower,” the opening track, is light and dreamy, and ends with the sound of the electric guitar. “Ohio,” which features Vincent Vendetta of Australian band Midnight Juggernauts, starts off like a futuristic gospel medley with its vocal layers, and “On’n’on” could easily be mistaken for a song by MGMT.

As great as the group’s sophomore album is, it’s not as good as “Cross,” which featured some of the past decade’s best dance tracks with “D.A.N.C.E.” and the epic jam “Tthhee Ppaarrttyy,” with fellow Parisian Uffie on vocals. It’s a sound you’ll miss, though you’ll get a hint of it on the upbeat “Helix” and the title track, which nicely closes the album.