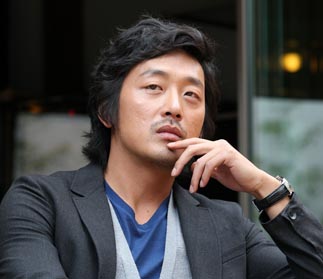 Actor Ha Jeong-woo’s agency confirmed yesterday that the film star and his girlfriend of three years, model Ku Eun-ae, have not broken up, in response to recent rumors that the couple had separated.

In yesterday’s edition of Sports Donga, one of Korea’s biggest tabloid newspapers, it was reported that friends of the couple confirmed the break-up and that the two stars parted ways due to their busy schedules keeping them apart.

Following this report, Ha’s agency, Fantagio, denied the rumor to media outlets yesterday, saying that Ha and Ku are still seeing each other and in fact, the couple went on a date earlier this week. One employee at Fantagio told Ilgan Sports, the JoongAng Ilbo’s daily sports paper, yesterday that the actor seemed surprised by the news reports and that he stressed that they are not broken up.

Meanwhile, Ha is in the middle of filming an upcoming movie, “Love Fiction.” The actor gained recognition for his role in the 2008 hit film “The Chaser” and has gained both critical and commercial success with recent films including “Yellow Sea.” Along with several hit television commercials, Ku has been gaining popularity in recent months with the release of her book “Ku Eun-ae’s Silhouette.”