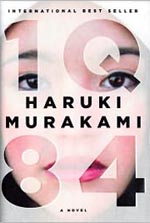 The year is 1984 and the city is Tokyo. A young woman named Aomame follows a taxi driver’s enigmatic suggestion and begins to notice puzzling discrepancies in the world around her. She has entered, she realizes, a parallel existence, which she calls 1Q84 - “Q is for ‘question mark.’ A world that bears a question.” Meanwhile, an aspiring writer named Tengo takes on a suspect ghostwriting project. He becomes so wrapped up with the work and its unusual author that, soon, his previously placid life begins to come unraveled. As Aomame’s and Tengo’s narratives converge over the course of this single year, we learn of the profound and tangled connections that bind them ever closer: a beautiful, dyslexic teenage girl with a unique vision; a mysterious religious cult that instigated a shoot-out with the metropolitan police; a reclusive, wealthy dowager who runs a shelter for abused women; a hideously ugly private investigator; a mild-mannered yet ruthlessly efficient bodyguard; and a peculiarly insistent television-fee collector. 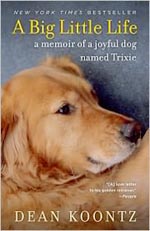 In a profound, funny and beautifully rendered portrait of a beloved companion, bestselling novelist Dean Koontz remembers the golden retriever who changed his life. A retired service dog, Trixie was three when Dean and his wife, Gerda, welcomed her into their home. She was superbly trained, but her greatest gifts couldn’t be taught: her keen intelligence, her innate joy and an uncanny knack for living in the moment. Whether chasing a tennis ball or protecting those she loved, Trixie gave all she had to everything she did, inspiring Dean and Gerda to trust their instincts and recapture a sense of wonder that will remain with them always. Trixie lived fewer than 12 years; in this wide world, she was a little thing. But in every way that mattered, she lived a big life.

The Old Rules of Marketing are Dead 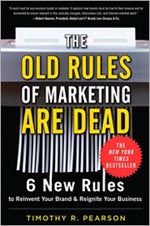 Revolutionary new technologies developed over the past decade have completely changed the way humans communicate and transact business. Not exactly late-breaking news for most people of the world . . . except for those who are supposed to be marketing to them. While consumers, customers and marketplaces have adapted to these new realities, most marketers have not.

Renowned marketing expert Tim Pearson explains why you need to sever your ties to the comfortable old ways of marketing - and bring your company’s marketing into the 21st century.

Too many marketers still operate as if strategy necessarily depends upon predetermined budgets; advertising is the catch-all to every problem; and marketing results can’t be measured. It all adds up to the age-old belief that marketing is an art, not a science - which couldn’t be further from the truth. 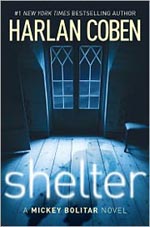 Mickey Bolitar’s year can’t get much worse. After witnessing his father’s death and sending his mom to rehab, he’s forced to live with his estranged uncle Myron and switch high schools. A new school comes with new friends and new enemies, and lucky for Mickey, it also comes with a great new girlfriend, Ashley.

For a while, it seems like Mickey’s train-wreck of a life is finally improving - until Ashley vanishes without a trace. Unwilling to let another person walk out of his life, Mickey follows Ashley’s trail into a seedy underworld that reveals that this seemingly sweet, shy girl isn’t who she claimed to be. And neither was Mickey’s father.

Soon, Mickey learns about a conspiracy so shocking that it makes high school drama seem like a luxury - and leaves him questioning everything about the life he thought he knew.