Former g.o.d. singer to get married

Former g.o.d. singer to get married 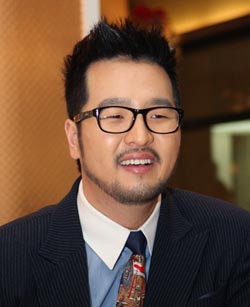 Former idol star Kim Tae-woo, the main singer of popular boy band g.o.d., said he will get married next month and be a father next year.

According to his agency Soul Shop Entertainment yesterday, the 30-year-old star revealed that he will marry 29-year-old researcher, Kim Ae-ri, on Dec. 26 at the Sheraton Grande Walkerhill hotel in Gwangjang-dong, eastern Seoul. The agency added that the two met early last year and have been dating for around 18 months.

Along with the wedding news, the singer also revealed through a posting on his official online fan Web site that his fiance is due next May.

“I have faith that I will be able to make a loving, harmonious family due to my adoration and trust in her [his soon-to-be wife], who has supported me steadily,” he wrote yesterday.

He added, “This news might come to you guys as a surprise due to my sudden announcement but because my bride-to-be is not a celebrity, I wanted to respect her private life and delay the announcement.”