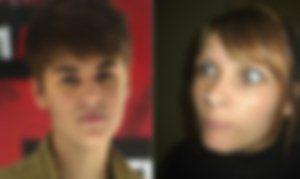 LOS ANGELES - An attorney for a woman who claims Justin Bieber is the father of her baby boy says her paternity suit has been withdrawn as both camps are trying to address the matter out of court.

Lawyer Jeffrey Leving said Wednesday the suit filed in San Diego Superior Court by 20-year-old Mariah Yeater was recently removed without prejudice. However, the lawsuit could be refiled at a later date.

Yeater claims she had just turned 19 when she and Bieber, then 16, had a brief sexual encounter after one of the singer’s concerts last fall at Los Angeles’ Staples Center.

Bieber has said he’s never met Yeater and has denied allegations that he fathered Yeater’s son, who was born in July.