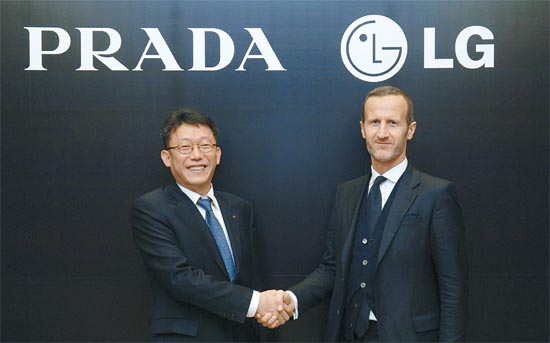 Under the deal, the world’s third-largest mobile phone maker and the Italy-based luxury brand will jointly develop and promote a new Prada phone, slated to make its debut early next year. This marks the third collaboration between the two companies in the mobile market and their first smartphone. Provided by LG Electronics