KARA: Taking the good news with the bad

KARA: Taking the good news with the bad 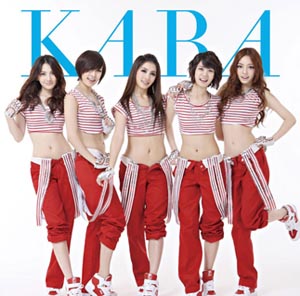 All-girl K-pop group KARA reached the coveted No. 1 spot on the Japanese Oricon album chart with the release of their second album “Super Girl” on Wednesday.

Oricon reported yesterday that 73,094 copies of the band’s new album “Super Girl” had been sold since being released one day prior, taking the band up to first place on the daily album chart.

There are high hopes that KARA can expect to maintain their No. 1 spot on the weekly chart too as the album coming in second place to KARA has sold only 29,271 copies. KARA’s agency DSP Media boasted that “this is the first time KARA’s official albums has reached first place on the day of release.” The agency also claimed that they were expectant of the album’s success as the preordered copies of “Super Girl” amounted to 360,000 copies.

KARA has drawn attention lately due to the fact that member Gyuri was diagnosed with a vocal condition while rehearsing for the musical “200 Pound Beauty.”