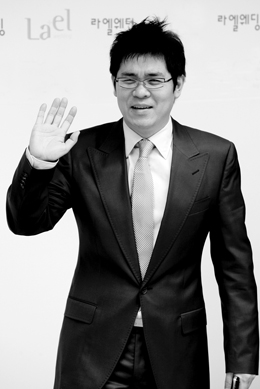 Comedian and MC Kim Yong-man filed a lawsuit against his former agency for unpaid wages, the Seoul Central District Court revealed over the weekend.

According to the court, Kim sued Storm E&F in September to claim his unpaid wage that is worth 201 million won ($172,000). Their first trial was opened recently and is still in session.

In his petition, the 44-year-old comedian stated, “Because of the company’s abnormal management, I wasn’t paid over several months before I canceled the exclusive contract with the company last year.” It was reported that Kim is asking for money he didn’t receive from June to September last year.

Kim and other entertainers such as comedian Yoo Jae-seok, Kim Young-chul and Kim Tae-hyun and singer Yoon Jong-shin terminated their contracts with Storm E&F last October due to financial disputes regarding unpaid wages. Storm E&F hasn’t paid their entertainers because they were under financial difficulties as its properties were seized provisionally by the creditors.