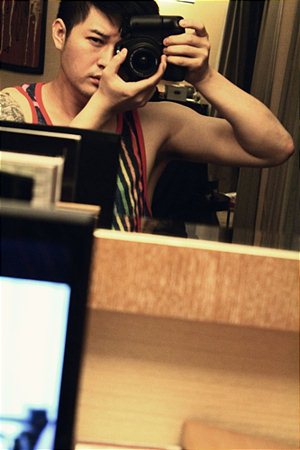 Shindong (real name Shin Dong-hee) from idol band Super Junior, known for his chubby figure and funny personality, posted a photo online showing off his new slender frame.
The member of the Korean boy band uploaded a picture of himself today on the Korean social networking service site, MeToday. The ever comical celebrity said of his picture, “Frankly I look good. Sorry, haha. But seriously I’m happy with the picture haha.”
In the photo, Shindong is standing in front of a mirror, taking a photo of his own reflection. His gaunt face and toned figure stands out and drew much attention online with fans commenting, “Wow, so handsome,” while others were moved by the singer’s “charisma.”

Shindong made his debut in the band Super Junior in 2005 and was well received by fans for his plump and cute demeanor. Unlike other band members who were known for their sex appeal, Shindong captured the hearts of the Korean public with his quick-witted humor on variety shows. Of late there has been much attention paid to Shindong’s decreasing size over the past year.
Svelte Shindong and his band Super Junior also made an appearance at the “2011 MNet Asian Music Awards” held in Singapore on Nov. 29.