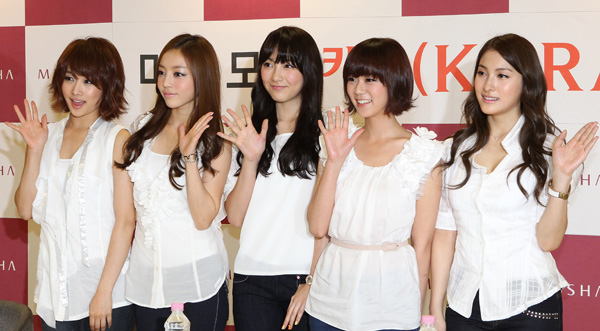 Five-member girl group KARA is set to win the annual Best Dressed Award at the 2011 Best Dresser Awards in Japan.

The Korean idol group, which is gaining popularity in Japan, will attend the iconic fashion awards show on Nov. 30 at Cerulean Tower in Tokyo. The show began in 1972 and was founded by the Japan Men’s Fashion Association. Some previous winners include singers Namie Amuro, Ayumi Hamasaki and Ken Hirai, who are some of the top celebrities in Japan. KARA will be the second Korean winner of the award.

The first Korean to receive the fashion award was actor Bae Yong-joon, who won in 2004.

KARA is doing extremely well in Japan as the group’s second album, “Super Girl,” was released on Nov. 23 and reached No. 1 on the Oricon weekly charts. As of Nov. 29, 275,206 copies of the album have been sold in Japan, which is an unprecedented number for an overseas female group.