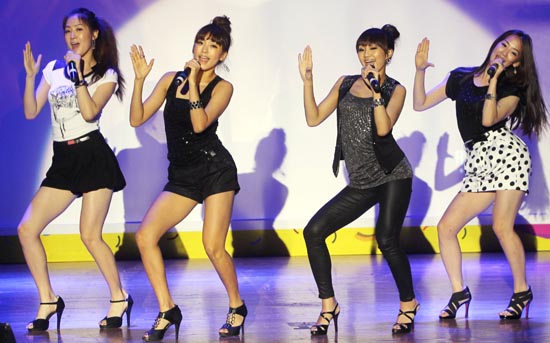 This week, the television network KBS will host the finals of the first World K-pop Festival with 21 performance teams from 16 nations.

At the event, which will be held on Wednesday in the city of Changwon, South Gyeongsang, 40 singers and musicians from 21 teams from countries such as Chile, the United States, Kazakhstan, Vietnam and Indonesia will compete.

The finalists were selected from a pool of 50,000 singers and musicians from 16 countries who have been competing for slots in the final over the past eight months.

During the competition, a number of K-pop celebrities such as T-ara, Infinite, Secret, SIStar, K.Will, Boyfriend, MBLAQ and CNBLUE are scheduled to the stage to perform some of their hits.

The show will be broadcast to an anticipated 200 million viewers in 68 nations around the world through the KBS World broadcast network.

The network said it organized the event in order to reach K-pop fans from all over the world.