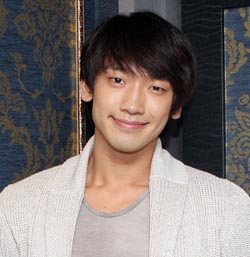 Rain, who enlisted in the Korean Army in October, is involved in another legal dispute after having filed last month a countersuit against an agency that directed his world concert tours from 2006-7.

In the new legal dispute, Rain filed a countersuit against designer Christine Park from Hong Kong who had sued him after a gallery space she was renting from him flooded last June.

Park sued Rain, whose real name is Jung Ji-hoon, for 200 million won ($177,000) to compensate for the damage to the artworks in the gallery in Cheongdam-dong, southern Seoul. Rain’s representative said that he notified Park in advance about the chance of leakage due to rain, according to local media outlet MBN yesterday.

Rain countersued Park in order to evict her from the gallery, asserting that the rental contract has expired, and said he is going to renovate the building where the gallery is located. He is also asking for 70 million won in unpaid rent.

The Seoul Central District Court will rule on both lawsuits by the end of the month.