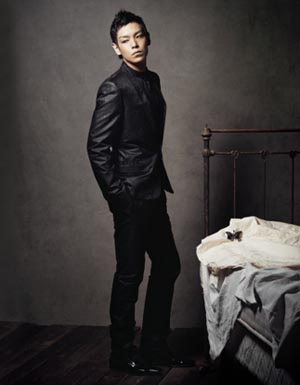 T.O.P from idol band Big Bang has made a surprise appearance on the singing survival TV show “I am a Singer” to support his fellow singer, Gummy.

On Dec. 5 in Ilsan, Gyeonggi, T.O.P sung a duet with Gummy at the second stage of a 10-round contest on the TV show. T.O.P and Gummy both belong to the same management company, YG Entertainment.

The two performed on a special outdoor stage, which was inspired by the theme “the echo of the mountains,” and sang the song “Rascal” as a duet. A spokesperson for Gummy told local media, “Gummy’s reinterpretation of the familiar tune combined with T.O.P’s surprise appearance made for a vibrant stage. The upbeat rhythm and the two artists’ harmony sent the crowd wild.”

The recorded contest also featured performances by other contestants on the show such as, Insooni, Bobby Kim and Jaurim.