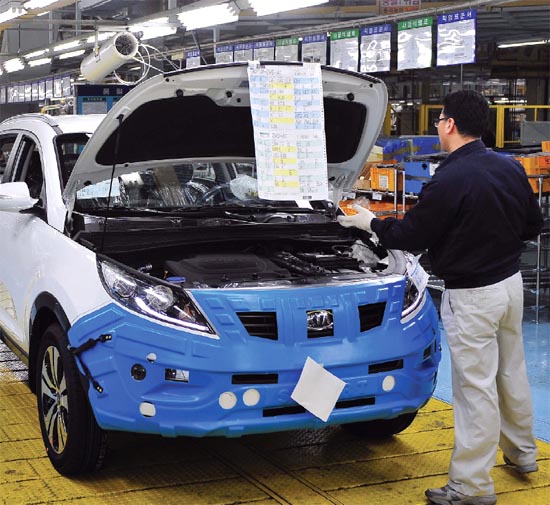 An employee assembles one of Kia Motors’ Sportage SUVs at the automaker’s production line in Gwangju. The nation’s second-largest car manufacturer announced its plan to increase annual production at the plant from 500,000 units to 620,000 in 2013. Kia said it is planning to roll out an additional 110,000 units of its Sportage IR and Soul, among other measures. The move comes as local automakers are seeing their overseas sales surge. Kia forecast that the ramped-up production will not only benefit the company, but also parts suppliers while contributing to the regional economy and creating jobs. [YONHAP]