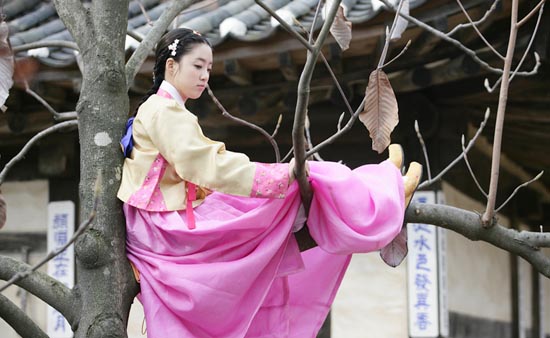 
Of the four general-programming channels that started airing on Dec. 1, JTBC is scoring the highest ratings and most of the attention is on its drama lineup.

With ratings of more than 1 percent, JTBC beat the three other new channels on its first weekend, according to AGB Nielsen Media Research, the Korean branch of the American company that releases the Nielsen ratings for television and other media. JTBC’s weekday dramas have also been doing well.

Though the new channel’s ratings percentage may seem low compared to that for existing terrestrial channels such as KBS, MBC and SBS, breaching the 1 percent mark is considered a milestone for the new channel’s survival, according to industry sources.

JTBC earned the highest ratings for its new drama series, especially “Padam Padam,” the first episode of which aired on Monday night with a rating of 1.6 percent. The drama stars top actor Jung Woo-sung and was written by Noh Hee-kyung, who has been praised for her work on “The World That They Live In” (2007) and other shows.

Channel A’s “Color of Woman” and MBN’s “Vampire Idol,” which aired in the same time slot, earned ratings of 0.75 percent and 0.33 percent, respectively. 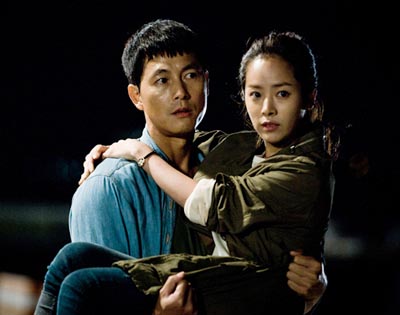 Meanwhile, the JTBC sitcom “Life in Cheongdam-dong” also got off to a good start on Monday night with ratings of more than 1 percent. The show stars Kim Hye-ja (“Mother,” 2009) and follows her character as she and her family move into a rundown building in the wealthy area of southern Seoul and struggle to keep pace with their well-off neighbors. The first episode saw the family trying to arrange a blind date with the son of an affluent family and trying to shop in luxury boutiques without actually spending any money.

“This is a more developed sitcom, since it touches on a sensitive social issue,” said drama critic Gong Hee-jeong. “Nowadays, where you live is based on your social status.”

The historical drama “Queen Insoo” is also keeping pace with these shows. The Sunday evening series scored a rating of 1.08 percent over the weekend and has created a buzz about its upcoming episodes.

Considering that “Queen Insoo” airs in the same 9 p.m. time slot as the popular comedy program “Gag Concert,” this is a positive sign for the drama’s success.

The show has also gotten a boost from its leading actress, Ham Eun-jung of K-pop group T-ara. 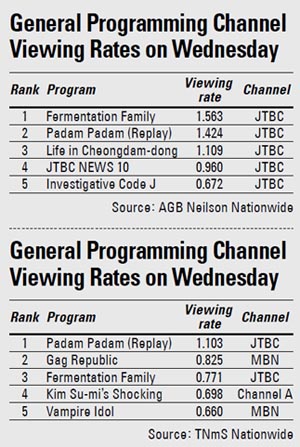 Ham, who has been acting since the age of 8, plays the young Queen Insoo. The grown-up queen will be played by veteran actress Chae Si-ra later in the 50-episode series.

“In the coming episodes, I’ll show more of the cunning side of the queen, who is trying to keep her family together, than the tomboyish character I’m playing right now,” Ham said in a telephone interview on Monday with the JoongAng Ilbo.

JTBC’s investigative reporting program also had a strong showing. The first episode of “Investing Code J,” which airs on Sunday evenings, contained a report about a deadly radon gas, a possible cause of lung cancer, to raise awareness about the disease and encourage people to circulate indoor air during the cold winter months. The report was investigated by reporters from JTBC and the JoongAng Ilbo and the latter reported the story in its print edition on Monday.

The average rating for all of the programs produced by the three new channels was around 0.5 percent, but many people are saying that it’s too early to predict whether the channels will survive or not.

“Of course, the new general programming channels have received less recognition than the terrestrial channels,” said Kim Jin-kyung of the Korea Cable Television & Telecommunications Association. “But it is significant that the JTBC dramas have viewer ratings of higher than 1 percent, as they are getting started with a disadvantage.”