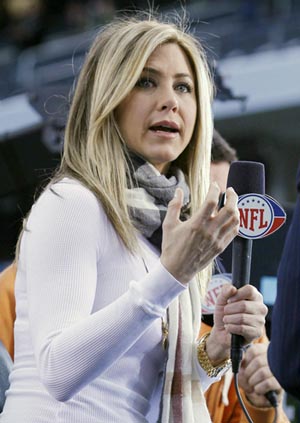 Actress Jennifer Aniston and her ex-husband Brad Pitt would be the preferred guests at a holiday meal for many Americans, along with the Duchess of Cambridge.

Aniston, the former “Friends” star, topped the list with 30 percent in the survey that asked Americans which celebrity they would like to sit next to at a holiday meal.

Pitt polled third with 16 percent, while the Duchess of Cambridge, Kate Middleton, came in second with 21 percent.

But when it came to party guests, food doyenne Rachel Ray was the person chosen by 31 percent of people, followed by late night talk show host Jay Leno, who was a distant second at 17 percent.

Celebrity chef Paula Deen was named as the cook most people wanted to prepare their holiday meal. Cantankerous chef Gordon Ramsey came in second, while Martha Stewart was third.

The poll, conducted by retailer HomeGoods, questioned 1,008 Americans in an online survey in October.