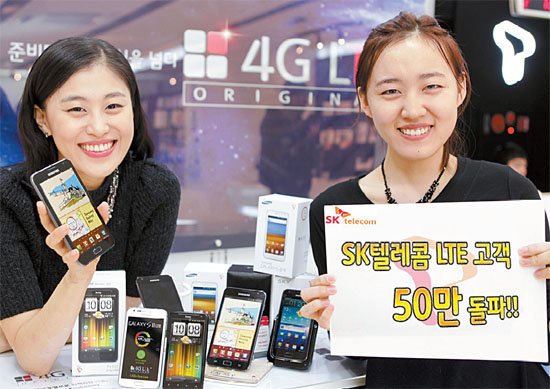 SK Telecom announced yesterday that the number of subscribers for its LTE (long-term evolution) 4G network has surpassed 500,000, making it the first mobile carrier to hit the milestone. The nation’s largest mobile operator launched the service five months ago. Left, two employees of SK Telecom show LTE smartphones that are available on the network, while one staffer holds up a banner celebrating the achievement. [YONHAP]