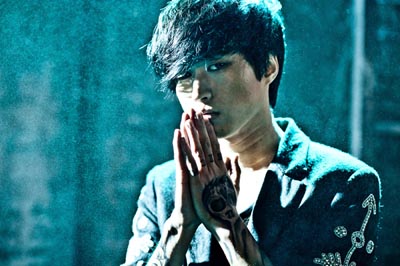 Rapper Tablo’s first album has been ranked the fifth best debut album of the year by MTV.

“His English-language kiss-off to the fame game, ‘Dear TV’ is a spare, envelope-pushing standout, but the whole album consists of that kind of reflective, solid material,” said MTV Iggy.

Part one of the two-part album that was released on Oct. 21 has already reached No. 1 on the U.S. and Canadian iTunes hip-hop album chart.

On the Billboard chart the album made the No. 2 spot in the world album category.

Within Korea the singer’s songwriting skills showcased in the album were well-received by critics and praised by fellow musicians such as Lee Juck, Yoon Do-hyun and Kim Tae-won. The album also reached the No. 1 spot on various Korean music charts.

The artist’s agency YG Entertainment said, “It appears that Tablo’s honesty has struck a chord with the worldwide audience. As a musician, Tablo will keep striving to make music that is deep and heartfelt.” Part two of the album was released in November.