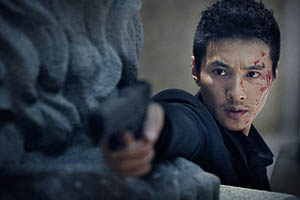 Research company Gallup Korea conducted a questionnaire survey to find Korea’s favorite actor. According to the information released by the company on Dec. 22, both male and female subjects from the age 13 and up were asked who their favorite actor was. From Nov. 18 to Dec. 6, a total of 1,728 test subjects took part in the survey and picked two actors they liked best.

Actor Wonbin accrued the most preferential votes. This marks the second consecutive year that the Korean actor has topped the list compiled by Gallup Korea.
Although Wonbin did not star in any movies this year, it is thought that his popularity from the movie “The Man From Nowhere” released in 2010 was still enough for him to come in first place.

Other actors to make it in the top 10 are Lee Byung-hun, Song Kang-ho and Ha Ji-won. Actor Jang Dong-gun was ranked third and is the only actor to have sustained his spot in the top 5 since 2008.