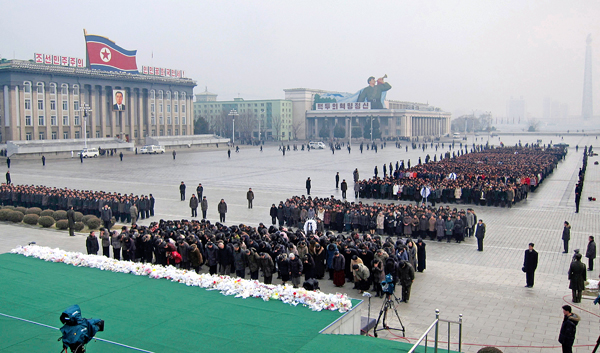 
North Korea said yesterday it would allow two delegations from South Korea to come to Pyongyang to pay respects to its late leader Kim Jong-il.
On Monday, Pyongyang said no foreign delegations would be welcome. 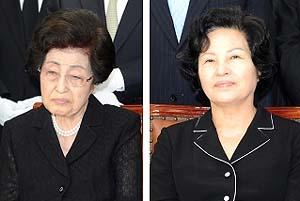 South Korea’s Ministry of Unification told reporters yesterday that the North sent a message at around 3:30 p.m. through the Red Cross channel in Panmunjom, saying delegations led by the widows of former President Kim Dae-jung and Hyundai Group Chairman Chung Mong-hun would be let into the country.

The message said they could enter North Korea by land. The response came after the ministry delivered a message in the morning through the same channel saying the former first lady, Lee Hee-ho, and Hyundai Group Chairwoman Hyun Jeong-eun “hope to make a mourning visit to the North by land.”

“The date of the visits and the number of people accompanying the two widows are still being negotiated,” a Unification Ministry official told reporters. “We can’t tell you the current state of the negotiation.” 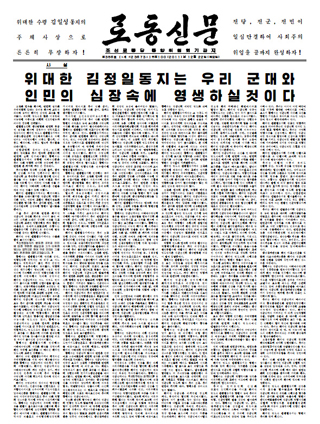 Asked if any government official would accompany Lee and Hyun, the official responded that more than one Unification Ministry official will visit the North with them. The families’ aides, safety guards and medical staff will also be allowed.

But the ministry does not want politicians in the delegations.

“There’s no change at all in prohibiting politicians from visits,” the official said.

“Mrs. Lee is thinking of a one-night, two-day trip by land through the Kaesong Industrial Complex,” Park said.

South Korea will not send a government delegation to the North but is allowing private organizations and individuals to send messages of condolence via fax or post after registering with the ministry.
According to the ministry, 31 civilian organizations applied to send condolence letters and 18 were already approved. A letter from the Roh Moo-hyun Foundation was sent yesterday. North Korea sent a letter of condolence to the family of the late former president Roh when he committed suicide in 2008.