As it does every year, the Korea Exchange announced the “Investment Sector’s Top 10 News of 2011” on Christmas Day, gleaned from a survey of investment sector professionals and reporters.

But unlike previous lists filled with key events that caused significant movement in the benchmark Kospi, this year’s list was topped by a powerful and newly added investment tool - the adoption of hedge funds in Korea.

After a year spent preparing the necessary regulations, the Financial Services Commission (FSC) oversaw the establishment of 12 native hedge funds from nine local asset management companies for the first time.

Now, expectations of hedge funds emerging as a new growth engine are high in the investment industry, which has been suffering from stagnant revenue models.

These so-called “Korean-style” hedge funds are more tightly regulated than their foreign counterparts and are not authorized to engage in comparably aggressive leveraging.

But with the market expected to grow by 10 trillion won ($8.7 billion) to 24 trillion won in the next five years, experts caution against an initial skewing of Korea’s investment market toward hedge funds. They warn that this could cause pronounced stock market volatility in the short term with a limited number of “big spenders” converging on the new investment vehicle.

At the same time, there is an upside to the adoption of native hedge funds.

The move allows Korean capital investment firms to develop their own products and techniques, as well as maturing domestic hedge funds that will serve as a buffer against the movements of foreign hedge funds in the local market.

Domestic hedge funds were barred by Korean law until the capital market laws were revised on Sept. 27 under the direction of the FSC.

Hedge funds invest in much the same targets - stocks, bonds or derivatives - as mutual funds, which were already abundant in Korea. But whereas anybody can join a publicly offered mutual fund, hedge fund membership in Korea is restricted to an exclusive band of clientele that is able put up at least 500 million won per investor.

For mutual funds, leveraging and performance-related pay are strictly barred to curtail excessively speculative investment strategies that could hurt the larger public.

However, the managers of hedge funds are allowed to share in their clients’ winnings through performance pay and are not hindered by restrictions on their investment tactics - motivating them to take risks that no mutual fund manager could.

“Hedge funds don’t just allow a particular person to do well but create a playing field for the best capital market experts around,” FSC Chairman Kim Seok-dong said in May.

However, consideration of the fledgling market’s soundness has prompted regulators to insert an important restriction in so-called “Korean-style” hedge funds and one that does not exist in most foreign hedge funds - a limit on leveraging.

Korean hedge funds are currently barred from borrowing more than 400 percent of the fund’s assets, whereas foreign hedge funds normally have no restrictions on leveraging in order to chase maximum profitability.

“The limit on leveraging does restrict how the hedge fund can be managed, but it also blocks the possibility of financial instability caused by a hedge fund going bankrupt,” said Moon Pyung-soon, research fellow at LG Economic Research Institute.

“A financial crisis can be triggered by a hedge fund with a high debt ratio going bankrupt, as in the case of LTCM, which had a 2,700 percent debt ratio when it went bankrupt in 1998 and caused a short-term financial shock.”

Seoul also requires local hedge funds to report their derivative-based investments, yet another concession to government oversight in the name of financial stability, despite the fact that this exposes the investment tactics of each hedge fund.

In this manner, experts have likened Korean hedge funds to Europe’s more restrictive UCITS hedge funds, which run under European Commission law, rather than U.S. hedge funds that are hampered by very few regulations.

According to the FSC, the 12 hedge funds established on Friday had 150 billion won in seed money as capital. Much of this came from the asset management companies’ assets, with some borrowed from securities firms providing prime brokerage services.

While there are other strategies such as event-driven or fixed-income investment, long-short equity is one of the most basic hedge fund investment tactics, with some 44 percent of Asian hedge funds as of 2010 utilizing the strategy, according to Eugene Securities.

“The fund manager’s decisions have a huge impact on profitability in the case of long-short strategy,” said one asset management company official.

Future of the market 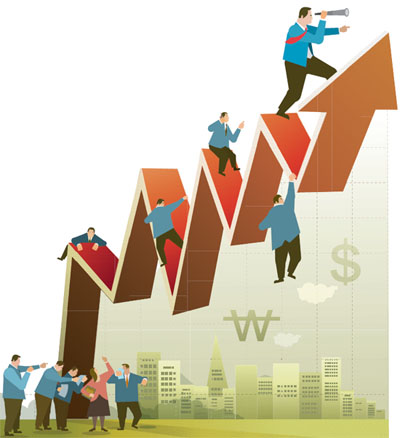 Experts have more or less ruled out the possibility of foreign asset managers attempting to establish Korean-style hedge funds in the beginning, as Korea lacks the advantages of global hedge fund hubs such as the Cayman Islands, which offers tax exemptions, or the U.S., which benefits from its abundance of investors.

“As these are Korean asset managers, they will start off investing in Korean assets because it’s what they know,” said Kim Jae-chil, a research fellow at the Korea Capital Market Institute. “This convergence, as well as the prevalence of a single investment strategy, is expected to increase short-term volatility in the capital market.

Due to the high minimum investment threshold, the main client pool of Korean hedge funds is expected to be wealthy individuals prone to riskier investments and institutions such as the National Pension Service. Foreign investors are unlikely to participate in the early stages.

“However, the geographical benefits that Korea offers could appeal to investors interested in Asia in the future,” Kim said.

Analysts predict that asset managers will devote much of their resources and top talent to chasing the huge profits made possible by hedge funds’ performance pay, leading to a flurry of development in investment strategies and products that will advance the sector.

But should hedge funds prove profitable, the news could cause the rest of the capital investment market to slow down as Korea’s big spenders converge on the new funds, as was the case with so-called “wrap accounts” in recent years. As for the prospect of hedge funds’ aggressive investments causing a shock to the financial system, analysts said this is only possible when a hedge fund large enough to sway the market exists. As such, it is not expected to be a problem for the next five to six years.