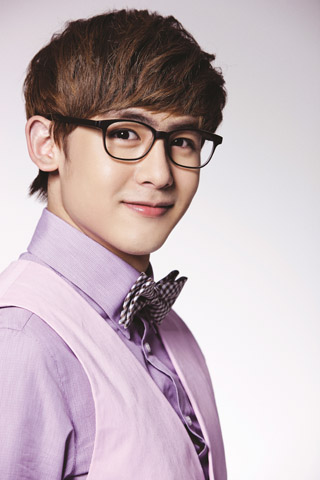 From Dec. 23 to Dec. 25, a “Thailand Korea Friendship Festival” took place in Thailand to raise funds for the victims of the Thailand floods this year. The event comprised of the Korean Embassy, Thailand’s Department of Cultural Promotion and the Korea-Thailand Communication Center organization.

During the two days of the festival, 15 fan clubs of Hallyu stars such as 2PM and Jang Keun-suk sold souvenirs of the celebrities to raise funds for the appeal. In addition Korean restaurants joined the effort to donate proceeds toward the flood victims.

The highlight of the festival took place on the last day when 2PM member Nichkhun’s mother took to the stage to hand over the sum of 5.7 million won ($4,929) to the organizers of the event. On stage were also members of the 2PM fan club of Thailand.

The Korean boy band was also the first Hallyu group to make a donation of 130 million won in October toward the flood victims through the Korean Red Cross.
Nichkhun is of Thai and Chinese descent but was born and raised in the United States before making his debut in Korea as a member of boy band 2PM.
Recently a wax replica of the star was made and went on display at Madame Tussauds in Bangkok.