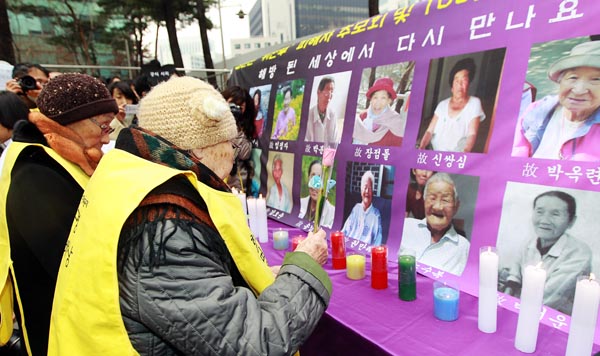 Former “comfort women,” or women forced into sexual slavery during World War II by the Japanese military, pay respects yesterday to fellow victims who have died at the weekly Wednesday rally in front of the Japanese Embassy in Seoul. The rallies are demanding Japan apologize to and compensate the former sex slaves. [YONHAP]