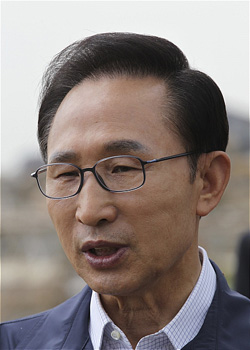 North Korea rallied its people to follow the “legacy” of late leader Kim Jong-il and make a strong, prosperous nation under the new leadership of Kim Jong-un in its annual New Year’s message, released yesterday.

Emphasizing the national goal of becoming a strong and prosperous nation in 2012 and the “military-first” policy of the late Kim, the 12-page message urged the people to uphold the leadership of the young Kim Jong-un.

“Respected Comrade Kim Jong-un is the same with our great Comrade Kim Jong-il,” the editorial said. “The party, military, and people should desperately safeguard him and hold a true belief following the only infinite way of our great party.” 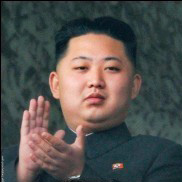 North Korea also lashed out at U.S. troops stationed in the South for the first time since 2008.

“Beefing up our alert against the military collaboration between inside and outside warlike powers, we should withdraw the U.S. invading army from the South, the first obstacle to peace on the Korean Peninsula,” it said.

Analysts said the editorial was similar with ones during Kim Jong-il’s rule. However, it didn’t mention the North’s nuclear weapons program, unlike editorials in 2009-2011.

“North Korea didn’t mention anything related to diplomatic relations with the United States at all,” Koh Yu-hwan, a North Korean study professor at Dongguk University, said. “Bilateral negotiations between the North and the U.S. are currently under way and I expect the North to put efforts into negotiations with the States even after Kim Jong-il’s death.”

The communist country will tighten its ideological censorship, the editorial said, as communication devices such as cell phones become more ubiquitous in the country. “We should fill the overall society with a revolutionary, healthy atmosphere by strengthening the fight to eradicate exotic living customs and destroying the penetration of imperialistic ideology and culture,” it said.

The Political Bureau of the ruling Workers’ Party convened a meeting on Friday, a day after the two-day funeral service of Kim Jong-il, and anointed Kim Jong-un the “supreme commander” of the country’s military.

An official at the South Korea’s Unification Ministry told reporters that the succession hasn’t been as rapid as it seems on the surface.

“Former leader Kim Jong-il was appointed supreme commander in 1991 and chairman of the National Defense Commission, the North’s highest decision-making body, in 1993, even before his father died in 1994,” the official said. “Compared with his father’s transition, we can’t say that Jong-un’s appointment is that swift.”