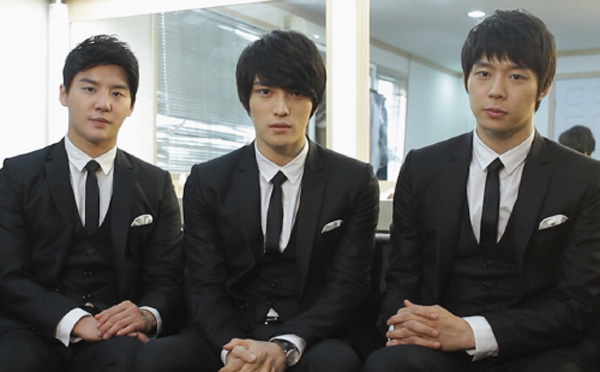 To kick-start the New Year, actors Song Ji-hyo and Park Yu-hwan and the boy band JYJ announced that they have raised 25 million won ($22,000) for the 2011 Christmas Mango Tree Project that began in November and concluded on Dec. 2.

The project, organized by the aid organization World Vision, aims to plant trees in poverty-stricken areas of Africa to help feed the local people. With the amount raised by the entertainers, more than 2,000 trees are set to be planted in Sudan.

“Not only will mango trees be planted, but there will be guava and apple custard seedlings as well,” said the stars’ agency, C-JeS Entertainment. The trees will come to fruition in a couple of years.

Members of JYJ were recognized as among Korea’s best new actors at entertainment awards run by the two networks. Park received the Best New Actor honor at the MBC ceremony, while Kim was recognized at the SBS ceremony.