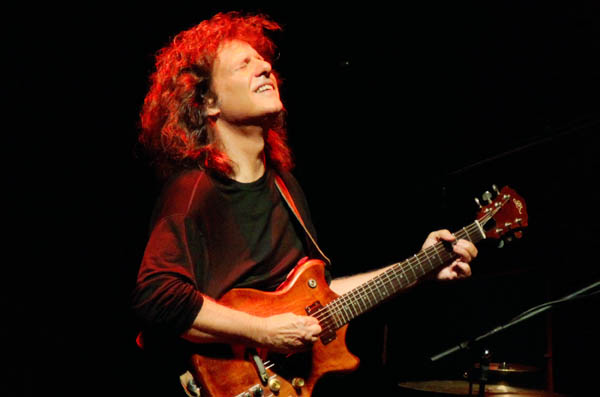 Jan. 12: Young and two acclaimed musicians, violinist Shin Hyun-su and pianist Kim Tae-hyung, will be performing Beethoven’s Violin Sonata No. 5 in F major, Op. 24 “Spring,” Brahms’ Op. 4 “Scherozo, and other classics. Both Shin and Kim debuted at Kumho’s “Gifted People” concert and since then have been receiving awards at international events such as the Concours International Marguerite Long and Concours Reine Elisabeth.

Jan.13: Russian pianist Arcadi Volodos will perform his first concert in Korea with the Seoul Philharmonic Orchestra. Volodos has played with a variety of internationally renowned institutions including the Berlin, Munich and New York philharmonic orchestras, among many others. The concert will be directed by Chung Myung-whun. Brahms’ Piano Concerto No. 2, “Ravel-Ma Mere I Oye Suite, and Stravinsky’s “Firebird” suite will be performed.

Metheny, the winner of 18 Grammy Awards, is one of the most critically acclaimed jazz musicians of the ’70s and ’80s and came to prominence as the leader of the Pat Metheny Group.

Tuesday: Classical music icon Seo Hee-tae, along with the Millennium Symphony Orchestra, will present “Opera in Musica.” Seo Hee-tae is noted for being the inspiration for the fictional character in the popular Korean drama “Beethoven Virus.”

The show has music by the Gipsy Kings and John Cameron and boasts a combination of acrobatics, dancing and dueling.

It is based on “Zorro,” the 2005 mock-biography of the masked swordsman by Isabel Allende, and opened in London in 2008.

Tomorrow to Jan. 29: Romeo and Juliet will be performed for children to help them understand the timeless Shakespeare play more easily. The Seoul Metropolitan Theater has been transforming Shakespeare into plays that both children and parents can enjoy. There are events every Wednesday and Thursday for the audiences to participate in.

Jan. 27 to June 3: The play based on Boris Pasternak’s 20th century novel of the same title will be performed for the first time in Seoul. The musical will feature 240 costumes for 30 performers and more than 450 built-in lights. Zhivago is a doctor as well as a poet during the Russian Revolution and Hong Kwang-ho, known for his performance in “Jekyll and Hyde” (2011), will play the role.

Feb. 9 to May 13: For the first time, the musical “Elisabeth” will hit theaters in Seoul. The production has been performed for 20 years on stages in 10 different countries. The musical tells the story of Elisabeth, a beautiful Austrian empress who longs for freedom and love. The Habsburg Haus, a famous palace that has 1,400 rooms where Elisabeth went for summer vacation, is impressively recreated on stage. Singer Ock Joo-hyun, who has performed in several musicals including “Aida,” “Chicago” and “Cats,” will once again show her talent through “Elisabeth.”

Jan. 14: The Seoul Electronic Music Festival is back in Korea for the second time, ready to heat up the capital in the middle of winter.

Headlining the show is renowned electro-funk duo Crystal Castles, whose music was made popular via the British TV series “Skins.” The duo’s album was also listed as one of NME magazine’s 50 Greatest Albums of the Decade.

British trance music group Above & Beyond will also perform.

The group is currently ranked No. 5 in the world, according to the annual Top 100 DJs poll in DJ Magazine.

The rest of the lineup consists of popular local bands such as the famed Idiotape, who have performed at two consecutive Global Gathering festivals and received a great deal of positive acclaim.