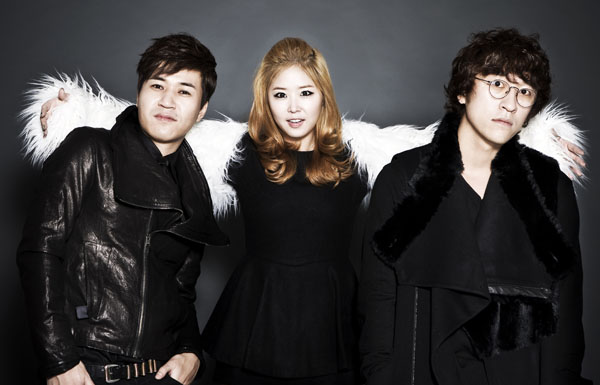 
Koyote has made a come-back with the release of a new song “Nonsense Again” on Jan. 2. The former pop trio’s newly released track was composed by the hit song-makers Brave Brothers, who have previously penned hit songs for pop groups such as Sistar, Brown Eyed Girls and Son Dambi. The single marks the band’s first release in five years.

Although the band has been inactive in Korea, last year the band held their very first concert in Japan. The concert took place in Osaka on Nov. 26 and the showcase accommodated some 500 fans. During an interview with local media, Shin Ji, female vocalist of the co-ed band said, “It was unreal, I kept thinking I was on candid camera.”
The trio added that it didn’t expect the support and popularity for the band in Japan as it’s never been active with promotions overseas.
Despite the lack of prior promotions, the group’s song “Pure Love” became a hit there when it was re-made into a supporter song for the Japanese pro-baseball team Chiba Lotte.
Due to the unexpected success of its debut concert, the band is currently preparing for a follow-up concert in Japan. In addition the band announced that around summer time, it plans to hold a premier showcase in its homeland.

Koyote made its entry into K-pop in 1998 with a self-titled album. Although the band has been somewhat popular in Korea, it had never been able to hold exclusive billing in its own concert until its 2011 success in Japan.