The Quest: Energy, Security, and the Remaking of the Modern World 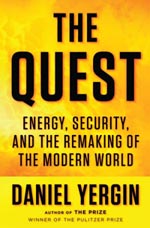 In this gripping account of the quest for the energy that our world needs, Daniel Yergin continues the riveting story begun in his Pulitzer Prize-winning book, “The Prize.” A master storyteller as well as a leading energy expert, Yergin shows us how energy is an engine of global political and economic change. It is a story that spans the energies on which our civilization has been built and the new energies that are competing to replace them. From the jammed streets of Beijing to the shores of the Caspian Sea, from the conflicts in the Mideast to Capitol Hill and Silicon Valley, Yergin takes us into the decisions that are shaping our future.

The Zeroes: My Misadventures in the Decade Wall Street Went Insane 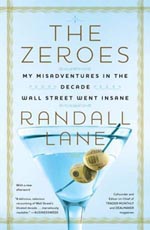 Randall Lane never set out to become a Wall Street power broker. But during the decade he calls the Zeroes, he started a small magazine company that put him near the white-hot center of the biggest boom in history. Almost by accident, a man who drove a beat-up Subaru and lived in a rented walk-up became the go-to guy for big shots with nine-figure incomes.

Lane’s saga began with a simple idea: a glossy magazine exclusively for and about traders, which would treat them like rock stars and entice them to splurge on luxury goods. Trader Monthly was an instant hit around the world.

What You Wish For: A Book for Darfur 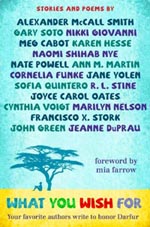 With contributions from some of the best talent writing for children today, “What You Wish For” is a compelling collection of affecting, inspiring, creepy and oft-times funny short stories and poems all linked by the universal power of a wish - the abstract things we all wish for - home, family, safety and love.

From the exchange of letters between two girls who have never met but are both struggling with the unexpected curves of life to the stunning sacrifice one dying girl makes for another, “What You Wish For” brings together a potent international roster of authors to remember the Darfur refugees and their incredible story of survival and hope. 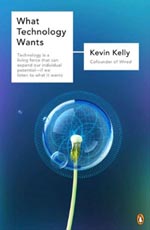 In this provocative book, one of today’s most respected thinkers turns the conversation about technology on its head by viewing technology as a natural system, an extension of biological evolution. By mapping the behavior of life, we paradoxically get a glimpse at where technology is headed. Kevin Kelly offers a dozen trajectories in the coming decades for this near-living system. And as we align ourselves with technology’s agenda, we can capture its colossal potential.