Woods’ swing coach to publish book in the spring

Woods’ swing coach to publish book in the spring 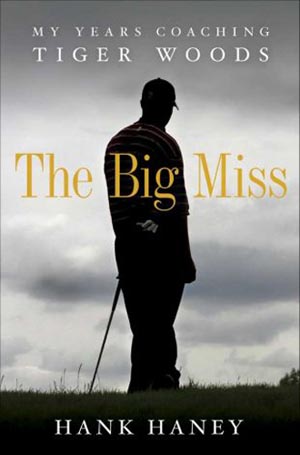 Hank Haney has written a book about the six years he spent as Tiger Woods’ swing coach, a volatile time in which Woods went from winning nearly half of his tournaments to a scandal that derailed his pursuit of golf history.

“I get asked all the time about Tiger, what it was like to work with him,’’ Haney said in a telephone interview. “I felt like I had a front row seat to golf history. It just kind of chronicles a little bit of what I went through, what I dealt with, how I coached and the observations I made.’’

Haney began working with Woods at the Bay Hill Invitational in 2004. They parted ways a month after the 2010 Masters, where Woods made his return to golf after being exposed for multiple extramarital affairs that shattered his image and led to divorce.

Most of the people involved with Woods have signed a nondisclosure agreement. Haney said he signed no such thing - “I didn’t even have a contract,’’ he said - although he said the book was not intended to “take jabs at anyone.’’

Mark Steinberg, Woods’ agent at Excel Sports Management, said he was aware of the book “The Big Miss” but that Woods had not seen any excerpts and would have no comment.

Haney was asked whether he thought Woods will like it.

“If he reads it, I don’t think it will be a book that bothers him. It’s hard to say,’’ Haney said. “Anybody who reads it will think it’s interesting, very fair and honest, and that’s what I wanted to do. I was on that job for six years. There were 110 days a year I was with him. I stayed at his house for close to 30 days a year. You make a lot of observations.’’

The book will be released by Crown Archetype, part of the Crown Publishing Group at Random House. It is scheduled to be published March 27 - one week before the Masters - and issued simultaneously in print and digital formats in the United States and Canada.

Haney wrote the book with Jaime Diaz of Golf Digest, whose coverage dates to when Woods was a teenager and Diaz played golf with Woods and his father. Diaz also spoke at the memorial service for Earl Woods.

He said the title was collaboration.

“It has multiple meanings,’’ Haney said. “?‘The Big Miss’ was golf jargon. The big miss of a drive, obviously that’s been part of his game. The big miss of an opportunity? That’s really where we got the idea. It was a missed opportunity that Tiger and I had that we experienced working together. That all comes out in the book.’’

Haney was the second of three coaches Woods has used as a professional, though he was part of the most interesting times. He received more criticism than any coach, even though Woods won 29 times and six majors during their six years.

“The period of time that I dealt with Tiger was much more unique, in terms of having the scandal, Torrey Pines with the broken leg at the U.S. Open, other things, too,’’ Haney said. “It was a totally different time.’’

Woods went nine months without winning after going to work with Haney. Starting with the Dunlop Phoenix in Japan at the end of the 2005 season, however, Woods won 46 percent of the tournaments he played worldwide.

During their six years together, Woods got married and had two children. His father died in May 2006, and Woods missed the cut in a major for the first time at the U.S. Open a month later.

As for the serial adultery, Haney said he didn’t know about it and doesn’t delve into that chapter of Woods’ life in the book, except for his return from the scandal after going nearly five months without competition.

“But I did know about how he interacted with me about that, what my observations were and other areas in terms of how I dealt with and the aftermath.’’