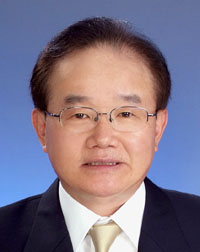 Ahead of the April legislative election, North Korean defectors in the South are preparing to elect a defector-turned-lawmaker to represent their minority voice.

A group of defectors yesterday attended a rally held by a new political party in Yeouido, western Seoul, where approximately 1,000 people gathered to announce the beginning of the party.

The party, with its temporary name “Thinking People,” aims to become what they deem as “centrist.” With members from both ends of the political spectrum, they are running on the platform of a “merger of rational liberals and reformist conservatives.”

The two founders of the party - Park Se-il, a well-known conservative scholar, and Chang Ki-pyo, chairman of the neo-liberal Green Social Democratic Party - plan to have about 200 candidates run in April’s election and hope to have a third of them win parliamentary seats.

“I spent 20 years in a North Korean prison as ‘traitor’,” Cho Su-ah, a North Korean defector who is attending the Seoul National University’s College of Medicine for a master’s degree, said in a speech at the rally.

“Now, I’m free from the suppression. My dream is to become a health minister of South Korea so that I can resolve starvation and disease in the North when the two Koreas are reunified.”

Half of them are in their 20s or 30s and 88 percent were jobless or laborers in the North. Seventy percent graduated from North Korean high schools, and 17 percent attended vocational colleges or universities. More than half are living in Seoul, Incheon, or Gyeonggi now.