Actor’s method is a study in extremes

Actor’s method is a study in extremes 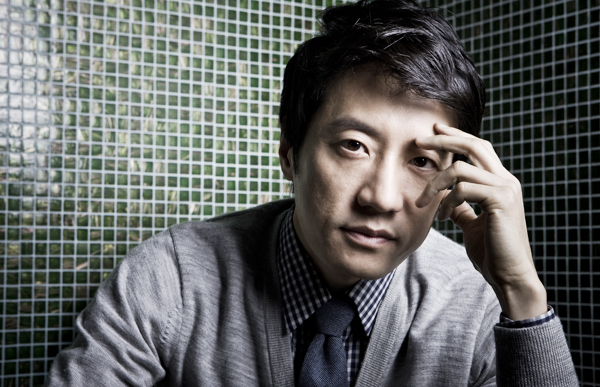 It seems there’s nothing Kim Myung-min won’t do to embody a character. Even if it means hurting himself in the process.

He shed about 20 kilograms (44 pounds) to play a man suffering from Lou Gehrig’s disease in the 2009 film “Closer to Heaven.” It took him more than a month to recover from the extreme diet he underwent to drop the weight.

Some of his organs were damaged, and he even fainted at one point during the production.

But Kim’s method and his perfectionist nature have turned almost every film he’s done into a hit, and his characters are still remembered by many. 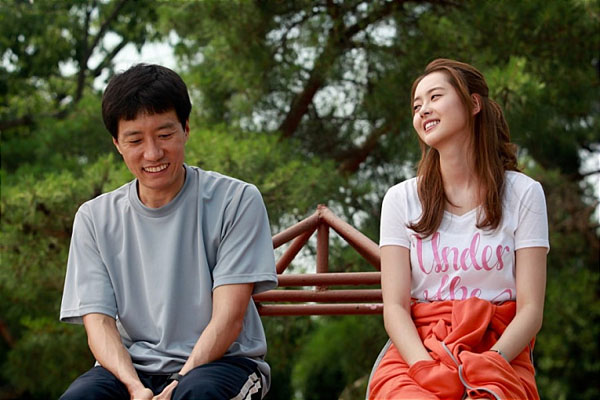 Kim, 40, first rose to fame as the charismatic title character in the period drama “The Immortal Admiral Yi Sun-shin” (2004-5). He went on to play an ambitious and snobbish surgeon in “White Tower” (2007) and a picky and foul-mouthed orchestra conductor in “Beethoven Virus” (2008).

But it was his later roles in film that brought him attention as a serious actor able to transform himself for any role he stepped into.

As with his previous work, his performance in the new film “Pacemaker,” released late last month, does not disappoint.

Kim plays Ju Man-ho, a man who dreams of becoming a marathoner but cannot because his legs are of different lengths and don’t allow him to run long distances. Instead, he becomes a marathon pacemaker while also juggling part-time jobs to support his younger brother.

To play the character, Kim spent three months in training as a marathoner. He also wore fake teeth over his two front teeth extracted and replaced with artificial ones in order to emulate the character’s awkward pronunciation, which differs from his own articulate manner of speaking.

Kim is already garnering rave reviews for his performance, with most reviewers saying that he has once again created a believable character by erasing himself.

The JoongAng Ilbo met with Kim earlier this month at a cafe in Samcheong-dong, central Seoul, to talk about the craft of acting and the extremes to which he will go to play a character.

Q. It seems like you’re not acting, but torturing yourself.

A. I wouldn’t say that. Actors should do all they can when they’re working on a new character. The most important thing for this film was to attain the physique of marathoner Ju Man-ho. Without it, the character doesn’t look real. I trained for three months with coach Oh In-hwan of the Samsung marathon team to get the physique of a marathoner, with a lean upper body and muscular legs. I should have trained for at least a year, but I couldn’t.

Did you feel a connection between yourself and Ju?

We have many things in common. My life wasn’t that easy. I was an obscure actor for a long time. When I worked on the film “Stunt Man” in 2002, I hurt my legs and was hospitalized for three months.

I still feel pain from the injury. As I was reading the screenplay, I saw a lot of myself in Man-ho and even found myself crying at some points. And actors and marathoners both have to fight desperately with their bodies.

You chose to wear fake teeth.. Why did you do it?

As I was reading the script, an image of Man-ho came to me. It said he had awkward pronunciation, and I just got this image of him with buck teeth. If I had played the character using my own voice, it would have been me, not Man-ho. I also needed help expressing his pain as he runs. And I didn’t wear any makeup because I wanted him to have a rough look.

When you’re acting, it’s almost as if you erase yourself. How do you do that?

I kept telling myself that I was Man-ho. In my mind, he wasn’t a fictional character but a real person who lives on the fringe of society and makes a living by delivering charcoal briquets in a shabby town. My job as an actor was to understand his life and reproduce that on screen. I feel indescribable pleasure when I’m able to portray a character as I’ve imagined him.

How do you think viewers will relate to Man-ho?

I believe about 98 percent of the audience will sympathize with him. The message of this film is that the 98 percent can become the 2 percent one day.

Who is your pacemaker?