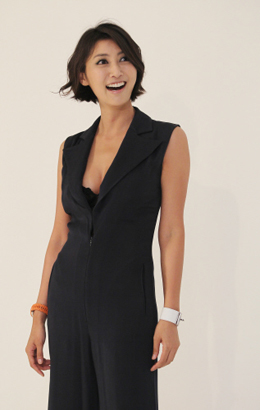 The ex-boyfriend of former newscaster Han Sung-ju, who leaked nude photos of the female celebrity in early December, has revealed more personal information about her.

Taiwanese-American Christopher Hsu announced to media outlets yesterday that Han had various influential “sponsors” who handed out money to the entertainer in exchange for sexual favors. One of these sponsors is said to be at least 20 years her senior.

Contrary to what Han’s representative has been saying, Hsu said that he was the victim of abuse in the relationship. “I wouldn’t go around making up stories, as I am the president of two companies,” Xsu said. “Lies would damage my business, and so I only tell the truth. I have the medical reports, police statements and other relevant documents to verify that I was assaulted by Han and her family.”

Previously Han’s representative has said that Xsu trespassed into her home and was violent toward her, threatening her with scissors.