‘Elisabeth’ brings Death to life on stage next month

‘Elisabeth’ brings Death to life on stage next month 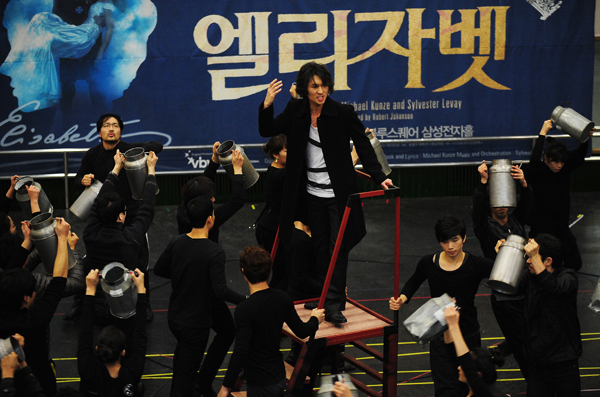 Performers dance in a scene from the musical “Elisabeth,” which opens Feb. 9 and runs through May 13 at the Blue Square Musical Hall in central Seoul. [YONHAP]

The musical “Elisabeth,” one of the most popular German musicals ever produced, is set to make its debut in Korea next month.

The musical, written by German lyricist and librettist Michael Kunze and Hungarian composer Sylvester Levay, premiered in Vienna in 1992 and made its Asian debut in Japan 1996. The Korean production is being mounted to celebrate the musical’s 20th anniversary.

Though Korea has seen an influx of musicals in recent years, “Elisabeth” is one of the few from Europe, as many of the licensed musicals brought into Korean theaters originate on Broadway or the West End.

Robert Johanson, the director of the Korean production and the former artistic director of the Paper Mill Playhouse in New Jersey, said that in addition to the musicals that come out of the West End and Broadway, European musicals have much to offer. 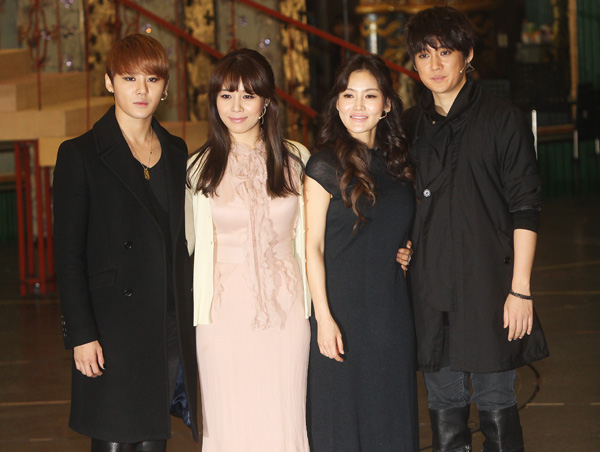 “European musicals are very poetic and artful, in addition to the great music and great story line,” Johanson said. “There is a little more impressionism in European musicals and that’s why ‘Elisabeth’ was so successful in Japan for more than 10 years.”

The musical traces the life of Elisabeth (1837-98), the empress of Austria and spouse of Austrian Emperor Franz Joseph I (1830-1916), who was murdered by an anarchist.

Although the musical is based on Elisabeth’s life, the plot focuses more on the struggle she went through after she was married, when her desire for freedom came into conflict with the restrictions of life as a member of the royal family. Her husband, though loving toward her, dismissed her agony, and her overbearing mother-in-law took control of her children, leaving Elisabeth out in the cold.

The production also introduces the fictional character of Death, with whom Elisabeth carries out a love-hate relationship that torments her throughout her life. The role of Death is played by JYJ’s Kim Junsu, who has appeared in “Mozart” and “Tears in Heaven.”

“It would be a mistake to think that watching a person’s life story is uninteresting,” she said at a press conference on Tuesday at Namsan Creative Center in central Seoul. “Since she was a member of the royal family to whom the public had limited access, her life story can seem both mysterious and enviable.”

Before rehearsals for the musical began, Ock went to Vienna in November to get to know more about the empress. She visited Schonbrunn Palace to feel what it would have been like to live there and even sang musical numbers from the show in the palace rooms.

One of Elisabeth’s great sadnesses in life was the death of her son, Rudolf, the Crown Prince of Austria, who is believed to have killed his mistress and then himself when his father refuses to approve the relationship.

His story is told in another musical called “Rudolf,” which EMK is planning to bring here next year.