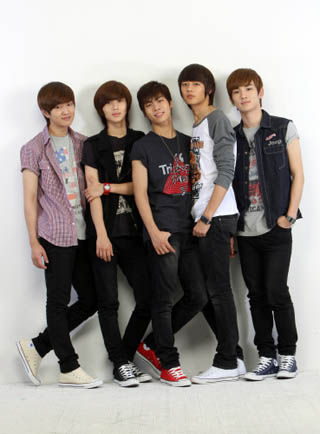 The DVD “SHINee The First Concert In Japan: SHINee World,” released on Jan. 11, captures performances made by the group at Tokyo’s National Yoyogi Gymnasium from December last year. During its first week on sale, the DVD sold more than 29,000 copies.

Since Oricon started ranking DVDs in 1999, the only overseas male artists to reach top positions have been Underworld, a British duo, and the K-pop group 2PM, which made it to fourth place.

SHINee made its debut in Japan last June with the release of the Japanese single “Replay,” which set its own record by selling 91,000 copies in one week.

In December, Japanese record label Tower Records named SHINee, along with K-pop newbie B1A4, the best K-pop groups of the year. The decision was based on online voting conducted on the company’s Web site and on record sales for each winner.