Chevy sales give GM traction in 2011

Chevy sales give GM traction in 2011 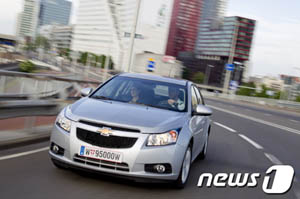 The number of Chevrolets sold around the world last year was 4.76 million, setting a global sales record and driving General Motors Co.’s global sales to more than 9 million vehicles, a 7.6 percent gain over 2010.

Analysts say GM regained its top position as the biggest automaker in the world, although Toyota Motor has yet to announce its performance for all of last year.

Sales were up in all four reporting regions - North America, South America, Europe and International Operations - as GM sold a total of 9,025,942 vehicles compared with 8,385,484 in 2010. GM gained four-tenths of a point in market share of the global vehicle industry to hit 11.9 percent.