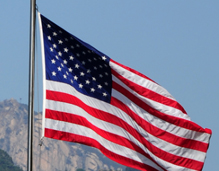 The top U.S. diplomat on Asia said the United States is “prepared to start a new chapter” in bilateral relations with North Korea if it takes the necessary steps on nuclear nonproliferation and denuclearization.

Kurt Campbell, U.S. Assistant Secretary of State for East Asian and Pacific Affairs, said at the Henry L. Stimson Center think tank Thursday, “We have made clear through both public channels and privately that we are prepared to start a new chapter to deal clearly with outstanding issues of nuclear matters and the like” with North Korea.

“Right now we are in the closest possible consultation with South Korea, Japan and working with China to try and get a sense of what’s taking place in terms of the succession,” Campbell said. “We have made very clear (to North Korea) our preparation to have a different kind of relationship.”

The North is aware of the potential consequences of a provocative act, he said.

“We have communicated very directly, particularly to our Chinese interlocutors, but also publicly that provocative steps have the risk of triggering deeply unforeseen consequences,” he said. “We need to handle the situation with the greatest care and we expect China in their deliberations with North Korea to ensure that the message is deeply understood.”

Campbell admitted a lack of information on the death of Kim Jong-il and the new regime.

“There was a substantial period between [Kim’s] death and the public announcement which no one apparently knew that this had taken place, including some of the closest interlocutors in China,” he said. “That should give us some humility as we watch the certain circumstances unfold in the North.

“All I can say that it’s probably too early to make any clear determinations about the ultimate character of this new leadership inside North Korea,” he added.

Campbell also said improved inter-Korean relations would be a “gateway” to a more fundamental North Korean engagement with the world.