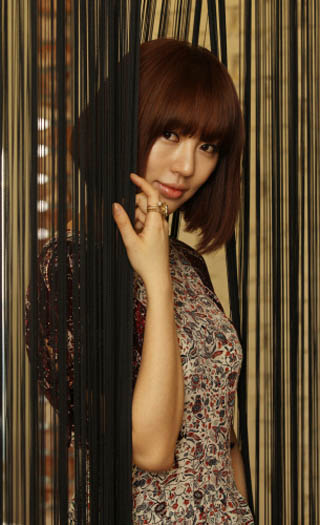 Actress Yoon Eun-hye announced through her Twitter account that she will hold a fan meeting on Valentine’s Day in Fukuoka, Japan.

“On Feb. 14, Valentine’s Day, I will hold a fan meeting in Fukuoka in Japan –
I’m so excited to be visiting Japan after such a long absence. Will you keep me company on Valentine’s Day?” said Yoon.

The get-together will be the first held by the actress since her last fan meet in Japan in September 2010. Meanwhile the actress has been busy filming the SBS drama “Lie To Me” and the film “My Black Mini-Dress.”

Yoon made her debut as a member of the girl group Baby Vox in 1997. The five-member girl band rose to fame with hit songs such as “Ya Ya Ya,” “Get Up” and “Coincidence.”

On Jan. 14 the singer-turned-actress made a surprise appearance at a fan gathering with fellow actress Son Ye-jin, held on the actress’ birthday. The two are known to be best of friends within the entertainment industry.