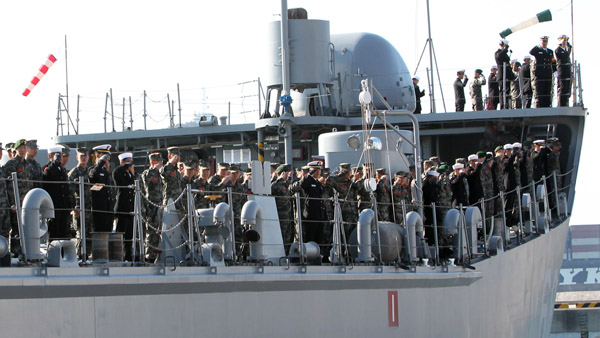 About 320 troops from the South Korean Navy and Marine Corps depart from a base in Busan via a 2,600-ton landing craft yesterday to participate in a multinational military exercise called Cobra Gold held in Thailand with six other countries. Co-hosted by the United States and Thailand, the 13-day-long drill focuses on enhancing so-called humanitarian civic actions - carrying out stable military operations in preparation for disputes or wars in one of the seven nations. [YONHAP]