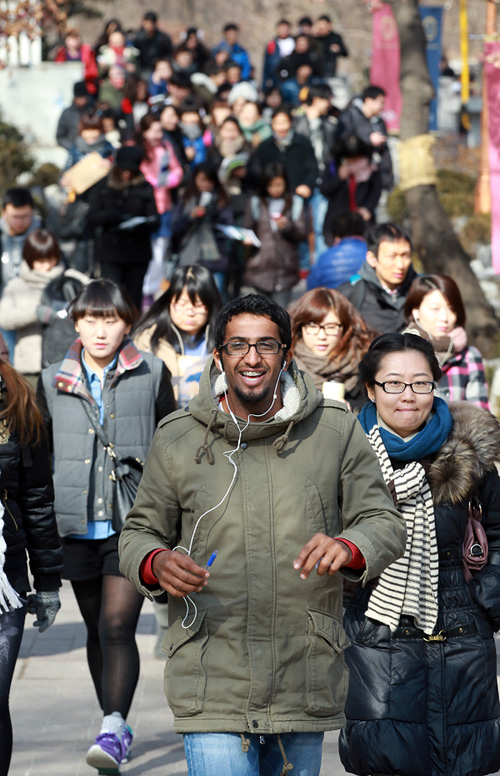 Students who completed the 25th Test of Proficiency in Korean (TOPIK) exit from the Kyung Hee University campus in Dongdaemun District, northeastern Seoul, yesterday. A record number of almost 16,000 foreigners took the Korean language test, first administered in 1997 and offered to foreigners and non-native speakers twice annually at three levels of difficulty. [YONHAP]