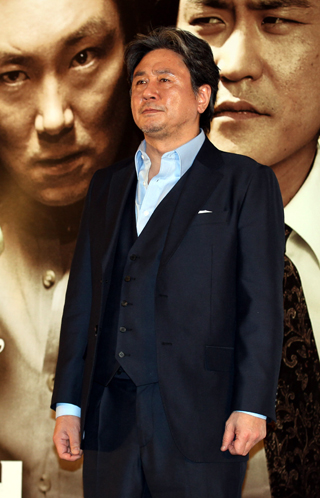 Actor Choi Min-sik revealed that he was given the death sentence by the doctor while he was in grade three at elementary school. On the set of recording for the SBS TV show “Healing Camp” on Jan. 30, the actor said that he was diagnosed with tuberculosis and told by his doctor that there was nothing that could be done for him.

Despite being told that he should give up, Choi said that he recovered through an extended stay in the mountains. The 49-year old Korean actor said that despite the grim diagnosis that he was restored to health in just one month.

On the Jan. 30 evening program, the actor also spoke of his time as a drama and theatre student at Dongguk University where he met comedian and host of the talk “Healing Camp,” Lee Kyung-kyu. The two became acquainted at the welcoming party for freshmen and since then have remained friends for some 30-odd years.

On a lighter note, Choi also confessed that he was a huge fan of the girl band “Girls Generation.” The actor said that as an “Uncle Fan” that he hoped to meet the band members and that he finds himself making a wish every time the band sings “Genie” on TV.

Choi is best known for his role in the hit mystery-thriller movie “Old Boy,” (2003) directed by Park Chan-wook.