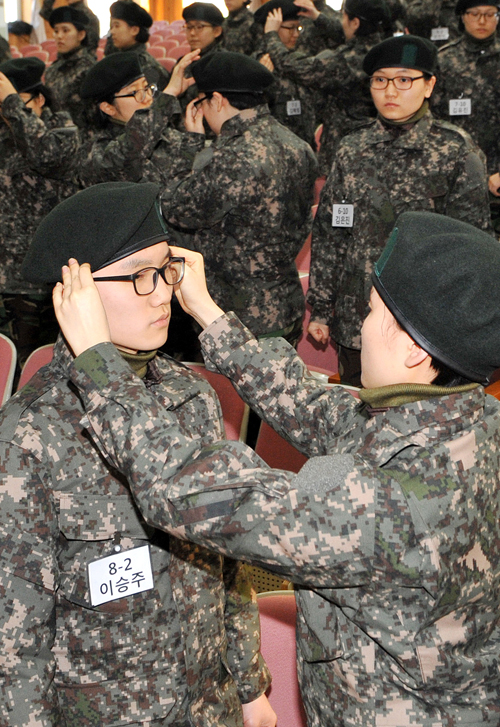 A male cadet entering the Armed Forces Nursing Academy gets his hat pulled straight before the admission ceremony yesterday at the academy in Daejeon. Eight male cadets were admitted to the academy for the first time since its establishment in 1951, as male applicants were previously barred.