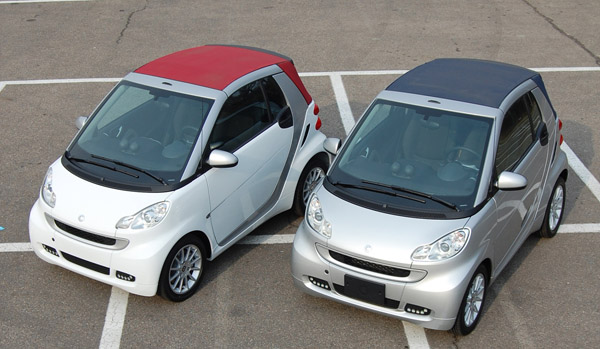 Car importer Smart Korea announced yesterday that it will begin selling 2012 Smart Fortwo models from today, including a gasoline-powered coupe valued at 24.9 million won ($22,200) and a cabriolet valued at 27.9 million won. It will also sell two diesels, a coupe worth 25.9 million and a cabriolet that is set to retail for 28.9 million won. Compact vehicles are gaining popularity in the country as gasoline prices continue to rise. Provided by the company